I had a notion this morning that there was a way of reducing that distance-types ICFP 2010 paper down to something more discrete and graphy, which might have some cute consequences for type systems for reactive programming. In a doodle, this is as far as I've thought through it: 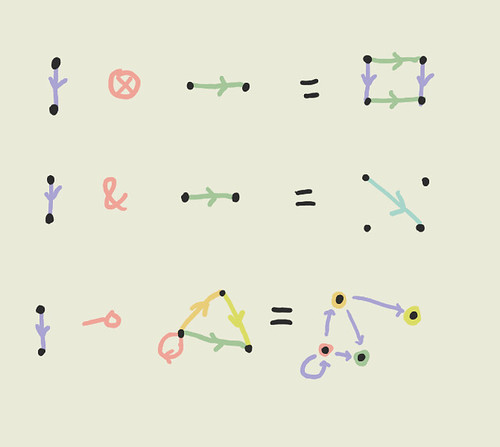 But the more I think about this the more I think I have something that smells like it might be a sound and complete interpretation of intuitionistic linear logic in the category of directed graphs, which sounds too simple to not already be known about, so I'm wondering what my mistake is. Is it just, like, the directed-graph (and consequently (?) intuitionistic?) equivalent of the undirected-graph coherence space model of classical linear logic? That would be neat, but I'm not holding my breath.
Collapse