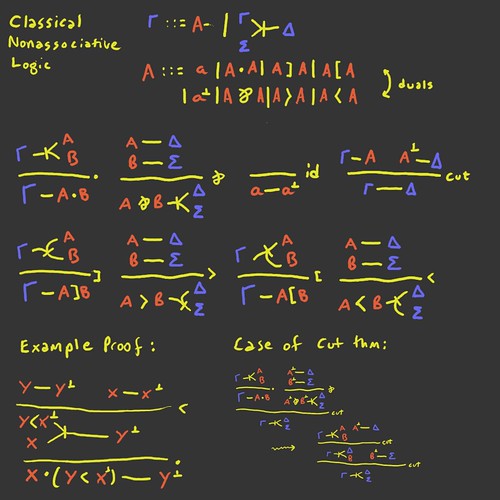 I think this is an ever-so-slightly more primitive logic than that described by de Groote and Lamarche, in that I think theirs arises from what I drew here by taking the one judgmental context-forming gadget and imposing the equation that it's equal to itself even when you rotate it 120 degrees. Also they represent even the syntax of propositions "geometrically", which I think is cute, but avoided doing myself.
Collapse