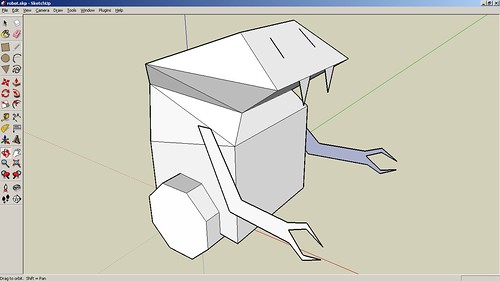 Step two: take model apart in sketchup by tediously rotating polygons. Surely there is some way to script this, (modulo the computationally nontrivial part of avoiding overlapping polygons) but I took the scenic route this time. 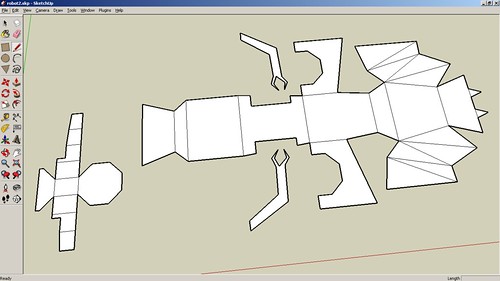 Step three: write horribly ad-hoc perl script to convert from the COLLADA data exported from Sketchup (exporting "Google Earth 4" yields a file that is secretly a .zip of COLLADA despite its .kmz extension) to postscript

Step four: import into illustrator, fiddle with colors and such. 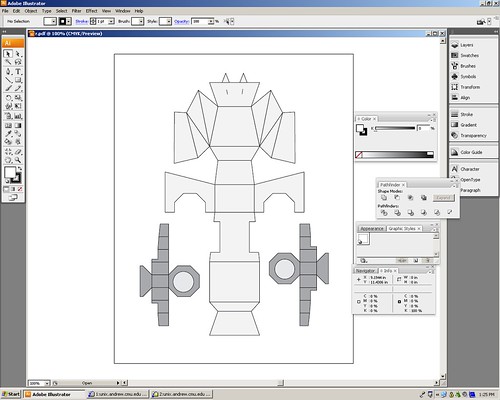 (pdf file here if you wish to make your own)

Step five: print out and assemble. (the arms didn't make it) 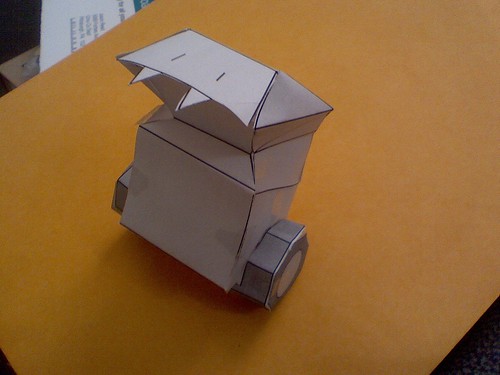 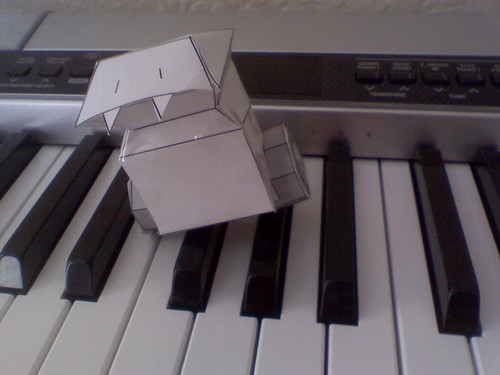 Step seven: Rock out some more. 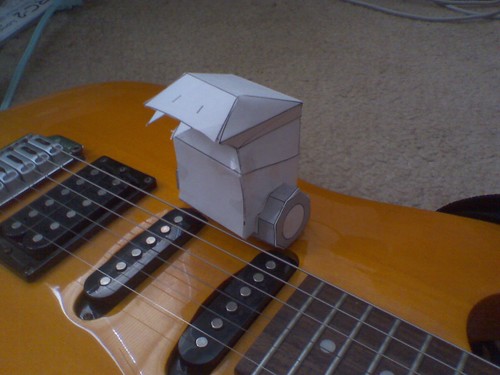