Some random pictures from recently. 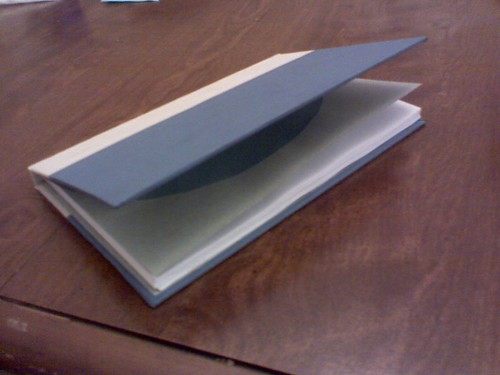 _tove showed me how to make. There was a bit of fiasco for a while where the measurement of how far the endpapers were supposed to go when being glued to the boards was misjudged, but she fixed it by cutting it apart and putting it back together with some nice circular endpieces. 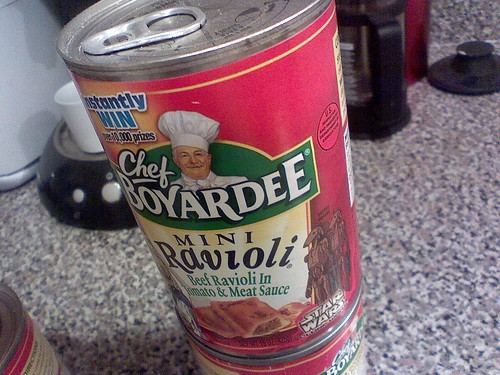 This is one of five cans of ravioli I found in the back of the cupboard while I was cleaning out the kitchen. It is a promotional item for some "Star Wars - Clone Wars" thing. I was scared this meant the ravioli were as old as the second star wars prequel (2002) but it seems upon closer inspection to be for some cartoon or line of toys or something that came out around 2004. Still, that means they were probably bought before I even moved into this house. 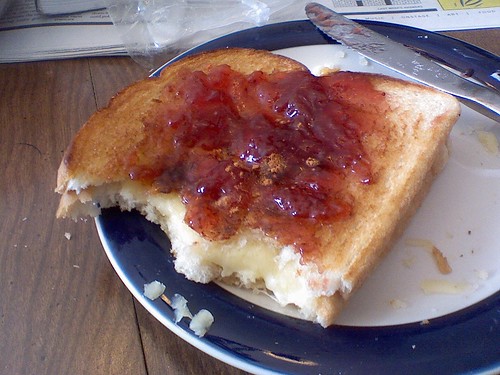 A grilled cheese sandwich made of Irish Cheddar that I bought at Penn Mac in the strip, topped with strawberry jam and Korintje cinnamon. Lest you think that I actually have any taste when it comes to poncy ingredients and subtle flavors and food and whatnot, let me point out that it is made with Wonder Bread and fried in butter. It was so good. It is still a mystery to me why everybody does not put fruit jam on their grilled cheeses. It's a habit I picked up from my dad and his dad; canonically they used grape jelly, but I am a big fan of strawberry, too. The cinnamon just makes it more awesome.
Collapse